Wings, of any type or style, are generally a symbol of freedom, an ability to liberate oneself from the shackles of whatever holds or binds them. This is one of the most popular tattoo meanings in the world and wings are one of the best ways to express that meaning. You’ll want to use this wing tattoo meaning if you want to get past something that’s been holding you down for a while or if you simply want to feel free to do what you really want to do with your life.

to make appintment send your email to info@sidelineinkbali.com or WhatsApp +6281239231555

The wing or wings are an icon of flight and a symbol of something human are incapable of and therefore becomes a symbol of hope of something larger than life. Chances are if you have seen someone with one of these designs you have recognized that they want to do more with their lives, but it means even more than that. Those who get a wings tattoo will often want to show that they want to do something beyond the norm so they really can be proud of their lives when they get old.

The wing can come from any winged animal, most often from one that is able to fly such as birds or insects. And this is an important part of the process both for choosing a design and choosing a wing tattoo meaning. Remember that animals and insects themselves come with meanings, so ideally you’ll choose one that makes your tattoo that much more unique to you.

Bird wing designs are usually done with hints of color to clarify the type of bird chosen. Even though you can get any wing tattoo in black and gray ink, you might want to get them in color if you decide to use a specific bird. This will enhance the wing tattoo meaning, especially to others since they might not otherwise know what type of wings you have.

Birds of prey such as eagles, falcons, and hawks are often chosen by those with strong and willful spirits who wish to emphasize a predatory aspect of themselves. Hunters are well represented by an outspread eagle or falcon wing which can be placed anywhere on the body, although the side, ribs, arms, or back is often used. These are perfect wing tattoo meanings for people who either love to hunt or love being out in nature.

Vibrantly colored wings, like that of a finch or hummingbird, can indicate a bright or light-hearted spirit. Even though these are some fantastic meanings to use, be warned that not every skin tone works well with these brightly colored wings. It’s a good idea to test those colors on your skin, either with ink or with computer software, before you commit to one of these designs.

The wing can also represent a mythological winged creature such as an angel, dragon, or demon. Just like with animals and insects, each of these have their own meanings. For example, an angel’s wing or wings can mean that you are either a religious person or you are looking out for those around you. Be sure to know these meanings before you commit to any type of design.

Regardless of the origin of the wing depicted, a wing tattoo is a representation of inhuman ability and often, an escape from limitations. Wing tattoos will often say that the owners are creative people who like to think outside the box. Some people will also get their wing tats to use them as motivational devices so they can get more done in their daily lives.

The location of a wing tattoo can specify the intent of the design in some cases. Even if you think you know for sure that you want a wing tattoo, you should definitely check the wing tattoo meanings that come with every location.

Wings that are placed on the feet or ankles are often a symbol of speed and swiftness of feet that is appropriate for athletes and reminiscent of the Greek god Hermes, a deity of quickness and free movement. This meaning is great for anyone who loves to exercise or who finds that their speed is one of their greatest physical attributes.

A wing is a unique symbol of swiftness and is effectively depicted very simply with very few lines or realistically. This really comes down to taste and budget. Most people would love to get wings the size of their backs, but sometimes they won’t look that great and other times the price is just too high. The fact is that you don’t have to spend too much money to be able to get a fantastic design with all of the wing tattoo meanings that you want to use.

Most popularly, an angel wing is depicted on the back on the shoulder blades as a symbol of purity and innocence or righteousness. Large, well-detailed angel wings, often darkly colored, are a depiction of an arch angel, a Christian warrior of justice. Most angel wings are quite detailed, so be sure that you get an experienced artist to do the work if you opt for one of these designs.

A wing rendered more delicately, usually with an appearance like an illustration, is used as a symbol of a cherubic angel, an image of gentle heartedness rather than brawn. A halo is often included with this type of wing, placed in the center of two wings or above a single wing to emphasize the angelic imagery.

With any type of angel wing, other religious iconography can be added such as crucifixes, a Star of David, or other stars, or symbols of heaven like clouds and light beams. Wings rendered in this way are an appropriate accompaniment to tribute tattoos that memorialize a loved one. The key is to make all of it work by going through many designs and choosing one that will look good on your body. This is not the type of design that you want to make the day you are supposed to get the tattoo done.

Contrarily, demon wings, often appearing like bat wings with leathery skin stretched between narrow bones are used to symbolize darkness. Those who either like the look and meanings that come with darker imagery might find these to be the perfect wings to get. These wing tattoo meanings are also great for anyone who is trying to say that they have a dark side behind their innocent appearance.

Insect wings are another common wing tattoo that holds the same symbolic meaning of flight and freedom. You’ll want to get these types of wings if you have a particular interest in a specific insect or if you find that the meanings work well for you. Insect wings don’t usually have as much color as angel or animal wings, but they certainly can have quite a bit of detail.

Insects are also a symbol of counterculture because of the general distaste for bugs and avoidance of them. Believe it or not, you can use these wings to show off your rebelliousness or to simply say that you follow your own rules. This type of wing tattoo meaning is usually not going to be clearer to people who see the wings for the first time, so you can add in other symbols to make the meaning stronger.

Butterfly, moth, or dragonfly wings are usually used as they are beautifully colored and well-detailed and create an attractive aesthetic. All three sets of wings represent transformation, among other things, which is a fantastic meaning for plenty of people. Anyone who is making huge changes in their lives or eventually want to will probably find these insect wing tattoos to be amazing for them.

Even though most wing tats look amazing, you really do want to take your time before you commit to a design. Most wing designs have intricate lines and require nice shading to be able to pop off of the skin, so you simply have to be patient in this design process. Ideally you will have 10 or more designs drawn up so you can pick one that you know that you will be happy with for the rest of your life.

Since wing tattoos are so important to people, it’s generally advised to find an artist who has experience making them. Even if you have a well-liked artist in your area, you still will want to find one who either specializes in wings or who has at least done quite a few of them. This is especially true for people who are getting their wing tattoos as the largest and most important pieces on their bodies.

As you can see, you have a ton of great options when it comes to wing tattoos and wing tattoo meanings. They say a lot about who you are and they are usually the types of designs that people stop to look at. As long as you take your time to find the perfect type of wings and the best design for your body, there’s a great chance that you will absolutely adore your wing tattoo and all of the wing tattoo meanings that come with it. 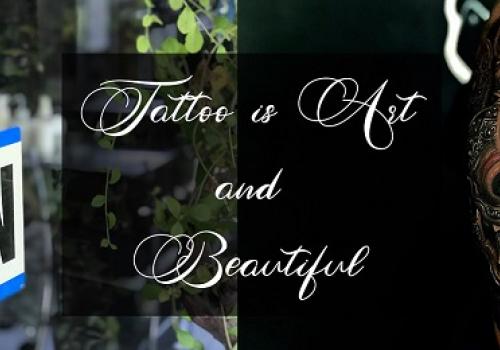 Covering a tattoo with a new one is the most difficult thing to do, all aspects must be very perfect and have to be more detailed, covering old tattoo 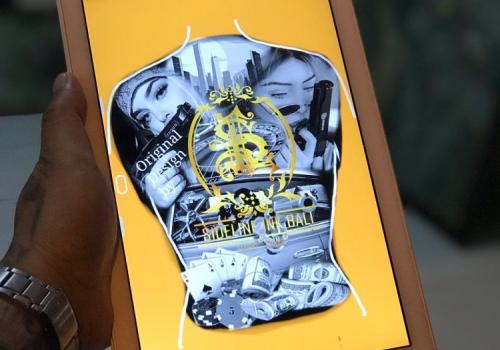 Hi guys, https://www.sidelineinkbali.com/ here we would like to annouce you our amazing tattoo design for male realism black a 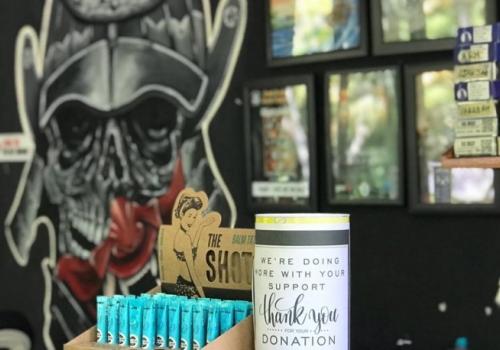 In Japanese, ‘koi’ translates to ‘carp’ or carp fish. However, just because the word carries a simple meaning doesn’t ne